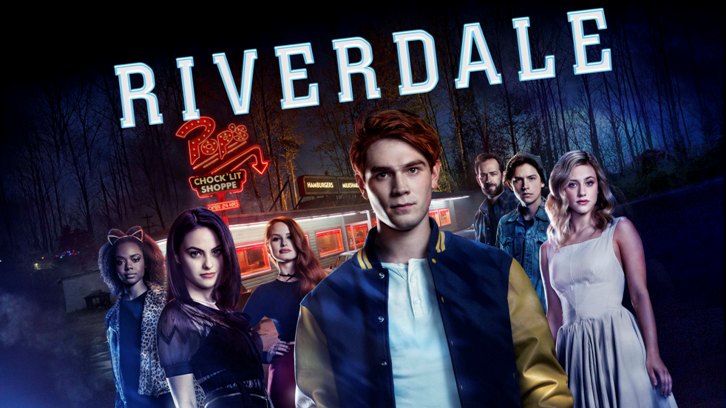 Synopsis: Betty follows some strong leads in hopes of finding out who the true Gargoyle King is after confronting the parents, who were part of “The Midnight Club” 25 years ago. Meanwhile, Veronica’s attempt to prove Archie’s innocence lands her in hot water. Finally, Archie turns to Kevin (Casey Cott) for help making things right. (TVGuide)

Airs: Wednesdays at 8pm on The CW (United States)

“Manhunter” starts off with Betty tending to Archie at the bunker as she looks over the various game pieces and information that Jughead has pinned to the walls. She’s startled by Jughead who returns with information of the Gargoyle King and a group of masked followers. While she wants to go after them, Archie connects Joaquin and the Warden to this new gang showing how deep this game really goes.

Betty returns home to hear of the Warden’s death, but when she questions her mom about any connection to him she shuts down. Jughead and Betty go through the yearbooks to find Warden Norton was the RROTC instructor at Riverdale while their parents were students. Jughead decides they need to find Joaquin for answers and instructs his Serpents to search for him because he may be the key to finding the Gargoyle King. Meanwhile, Betty has brought together The Midnight Club at the speakeasy to discuss what is going on in Riverdale and to finally figure out which one of them is a murderer.

Through this discussion, FP reveals he saw the gargoyle that Alice saw on Ascension Night, but tensions shift when Hermione accuses the game master Penelope. She reveals that Dilton’s father Daryl placed cyanide in the cup that killed their principal and that after trying to win Penelope over twice, he killed himself. Betty lets slip that Jughead is very into the game causing FP to race off with the other parents following closely behind leaving her with a lot more questions than answers. As Jughead receives word of Joaquin’s location, FP comes home and locks him to the fridge as the first step of sobering up.

Betty arrives and frees Jughead to inform him of her Doiley lead while he takes off to find Joaquin. In Fox Forest, Joaquin is tied up and found with a mask on him, but he explains that the Warden forced him to do it. They learn that Archie’s brand is a symbol for sacrifice and Jughead believes he knows who it is. He confronts Hiram about being the Gargoyle King, but he turns it around and suggests it could be anyone from Tom Keller to FP Jones. At the coroner’s office, Betty learns that Daryl Doiley was not killed by carbon monoxide as suggested, but by a poisonous plant that points to a murder. She can’t talk the case file for proof, but decides to question the Sheriff who reported it, Tom Keller.

Tom reveals that this plant was found in the Blossom greenhouse during Clifford Blossom’s investigation leading him to believe that Penelope is the culprit. When things are getting juicy for Betty, Tom receives a call and quickly heads off. Jughead returns to the bunker where they find Joaquin dead and marked with the symbol for sacrifice as a warning for their meddling. He realizes this may mean Archie is in trouble and quickly races off.

Meanwhile, Archie and Veronica enjoy some quality time together when he reveals he might know where the Shadow Boys are. While he wants to find them, Veronica wants to ensure his safety. Chief Minetta comes to the school to question the students about their potential involvement in Archie’s prison break. He starts to interrogate Josie, but she erupts into a violent seizure in front of everyone. With Kevin looking over Archie, he notices his cut is infected and gets Betty to call her doctor contact to patch him up. Archie decides now is the time to go to Shadow Lake to find those guys and he convinces Kevin to go with him.

Veronica looks over Archie’s case files and sees an edited piece of footage showing potential problems with the testimony of the Shadow Lake witnesses, but Hiram walks in and decides to make a call to “take care of them.” Veronica sneaks into the Mayor’s Office and finds the deleted footage giving her proof of coercion, but right after copying it she is arrested. Hiram comes to the jail to talk down to Veronica, telling her that Minetta is busy which causes her to call Fred and let him know what Archie’s doing. In the Shadow Mine, Archie and Kevin find the Shadow Lake crew murdered, but they find one still breathing and quickly rush him to the hospital. Tom and Fred arrive soon after and receives word of a gunshot victim brought to the hospital.

As McCoy comes to pick up Veronica from jail, she reveals her news about the lost footage that could potentially exonerate Archie. Betty sits down with Aunty Blossom to discuss the poisonous plant used to kill Daryl Doiley and pins it back onto Betty’s mother Alice and her article. As they discuss this revelation, the power goes out and a shadowy figure is seen lurking outside. They turn around to see the Gargoyle King standing in their living room and a gravestone marked Alice and Betty in the bedroom. FP enters through the window and reassures Alice that everything is going to be okay. Tom and Fred arrive at the hospital to find Kevin who says Archie fled leaving a note for his father.

Veronica returns home where it is revealed that Hermione had no idea she had been arrested, but she doesn’t care because the new evidence will bring down not only Minetta, but hopefully them as well. Alice decides it is no longer safe at the house for her and wants to go to the Farm, but sends Betty off to the Sisters of Quiet Mercy. Veronica berates Kevin for letting Archie go when she receives a call from him, he tells her that he has to leave to protect her until he can get rid of Hiram. Archie gets off the phone and is greeted by Jughead who is joining him on his adventure and informs him about Joaquin and the mark they both shared. The episode ends as Betty is seen trapped in the Sisters of Quiet Mercy and enters a painting room where all the other kids are drawing pictures of the Gargoyle King.

Overall, this was another interesting episode. Things are heating up quickly as everyone is starting to get pulled into the Midnight Club’s situation. So much so that Archie’s framing and cliffhanger of last season is the least interesting part of the puzzle right now. The fascination with this game and how interwoven it is in this town’s history brings such a thrilling storyline that only a show like Riverdale can successfully play out in its dark and twisty world. The strained relationships are being put to the test as this town is on edge with everything going on, but this show is at its best when these characters are together so hopefully that doesn’t last for long.

What did you think of “Manhunter”? Let me know in the comments below!